Man-friend requested pea soup a few week back, so the last trip to the grocery store I picked up a few cups in the bulk sections.  I've never cooked with dried beans/peas before so I was a little nervous. Rightly so. I've been trying to make pea soup since Sunday.  Before heading to my parent's Christmas party I started the soup by soaking dried peas to reduce the cooking time.  But on my way home from the party I realized I was wayyyy too full of holiday snacks to fit dinner, so I postponed the soup to Monday.  Monday afternoon I assembled the soup and loosely followed a recipe I found online.  I failed to bring the soup to a full boil and two and a half hours later my peas were still hard! Grrrr by 8pm I gave up.  The man-friend heated up some leftovers and I headed to bed.  Currently working on my third attempt. I let you know how it turns out in a few hours! In the meantime, an afternoon snack: 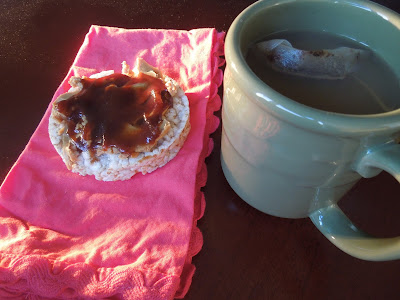 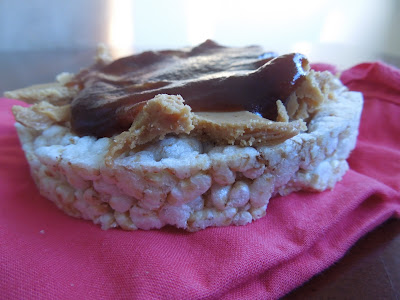 Be back soon with word of the PEAS!
Posted by Andrea at 4:01 PM