Last night I had some girls over for some homemade thai peanut noodles. The last time I made these they were really sticky, and I know some of you made them and they turned out really sticky as well.  So this time I rinsed the rice noodles thoroughly in cold water. Then tossed in a little sesame oil.  I also added a can of light coconut milk to the sauce mixture too.  I think it helped! 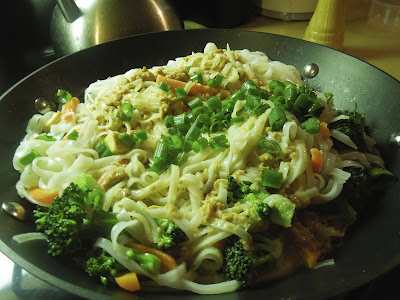 We had originally planned to go out to thai but at the last minute I realized we had all the fixins to make noodles at home! 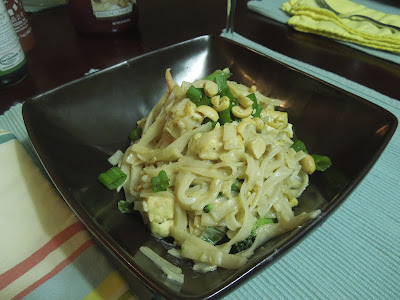